Check out our 3D showreel showcasing some of our stunning 3D imagery. 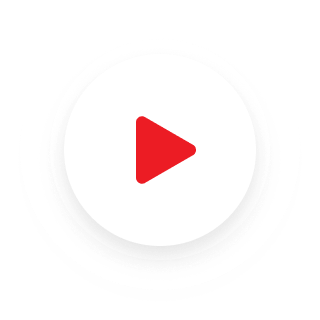 Did you know that the first 3D software ever developed was way back in 1963? This computer program ran on one of the biggest machines of those times - the MIT Lincoln Laboratory TX-2, an experimental computer. Although enormous both in physical size and in capacity for its day, TX-2 operated like a personal computer. It pioneered human–computer interaction and is considered the ancestor of modern computer-aided design (CAD) programs as well as a major breakthrough in the development of computer graphics in general.

Around the same time, i.e., in the early 60s, humankind also saw healthcare make some major breakthroughs like the first human kidney transplant using a nonrelative as a donor, introduction of a measles vaccine, development of new drugs like Valium offering solutions for psychotic and neurological disorders as well as the first human liver transplant.

Sixty years from these humble beginnings in the 60s, we have come a long way to utilize the best that 3D technology has to offer in medical visualization. This helps us explain some of the most complex medical topics and drug mechanisms as well as physiological functioning with visuals that text-based learning can never match. Research has already proven that visuals are processed 60,000x faster in the brain than text, which means that a picture is actually worth 60,000 words!

Our medical visualizers team up with our 3D specialists and animators to cast their magic spell, leading to the development of stunning yet medically accurate renditions of the written storyboards. These can relate to the pharmacodynamics of a molecule, the physical mechanics of a medical device, the impaired functioning of human physiology, and a lot more that healthcare and pharma have to offer.

We at MedTrix Healthcare have come a long way with our 3D elements, visual effects, and instructional flow from our experiences in developing multiple 3D videos for various requirements across therapy areas. These include but are not limited to 3D device videos for women’s health, various respiratory conditions, plotting the paths of cardiometabolic disease progression, illustrating immunotherapy in immune-mediated disorders, and mechanisms of drug videos for a range of oncological conditions.

Now let’s take a look at the meticulous processes that lead to the breathtaking visuals.

1) 3D Layout Designing
Once the storyboard from the pre-production phase is finalized, the team conceptualizes and creates the characters and the environment where the story will play out. This process is generally referred to as designing the 3D layout.

2) 3D Modeling
Once the 3D layout is finished, the production process moves into the modeling stage. 3D modeling is the process of creating 3D models that will replace the low-resolution polygons found in the 3D layou

4) 3D Rigging
Rigging is a crucial step in the production pipeline. It is a process that creates the joints or the bends in the structure of the models based on the storyboard. This allows the artist to freely animate movement and interaction with objects in the 3D space.

5) 3D Animation
Once the models are rigged, the animator manipulates the structures by moving their position, rotating, and even scaling them to mimic different poses and movements.

6) Lighting
Effective lighting enhances a 3D animation scene by providing a realistic visual. It heightens the scene by depicting the depth and interactivity between 3D models. With the use of correct lighting, it is possible to ensure that the viewers focus where required over a pleasant 3D backdrop.

7) Rendering
The layout, models, textures, animations, and other elements are combined and rendered into a still 2D image or frame. In some cases, different aspects of the scene are rendered separately. This gives the artists in post-production more options to tweak and fine-tune the effects to the background, foreground, and the interacting elements that take center stage.

8) Compositing
Finally, it is time to combine visual elements from various 3D renders and add other digital elements like on-screen text and special effects to generate an easy-to-understand visual story of the complex mechanisms of a drug or functioning of the medical devices.

Considering the intricacies involved, the video is subjected to a thorough graphics and medic review, which ensures that quality and accuracy are at the helm of our outcomes at MedTrix Healthcare.

Check out the process map below for a concise representation of the 3D workflow: